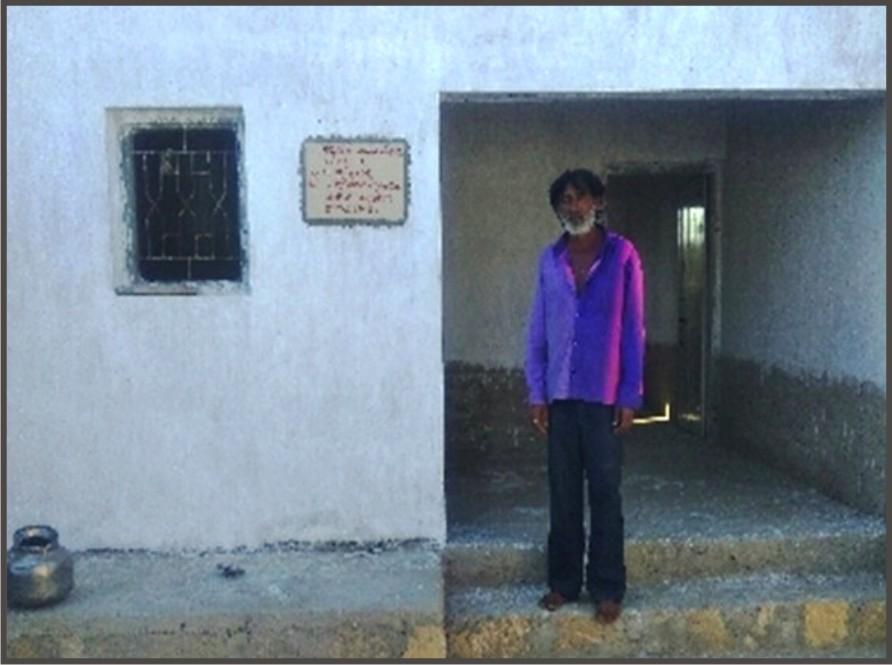 The village has about 3 mud houses out of a population of about 50. For the last many years, the people living in these mud houses have been making a living by doing farm work and labor. Most of the people dream of having their own pucca house to withstand the possible consequences in bad weather and season but due to poverty they could not build pucca houses.

According to Kubha's Nanabha Lakhmabha beneficiary, the beneficiary did not have adequate accommodation to live in before the housing was approved. Their situation was bad because they were from a poor family. They have lived in these raw houses for the last many years and it was extremely difficult for them to withstand the bad climate and the possible consequences of the season.

But under the Pradhan Mantri Awas Yojana, housing was sanctioned during the year 2016-20, according to the data of Kubha's Nanabha Lakhmabha beneficiary. Which has made them dwell. As per the prevailing norms, each such beneficiary has been provided Rs. Under this scheme, they have been paid a wage of Rs. 1500 under MGNREGA. And 15,000 for toilets will be paid separately.