Police bulldoze over 1.5 lakh domestic and foreign liquor in Bhanvad 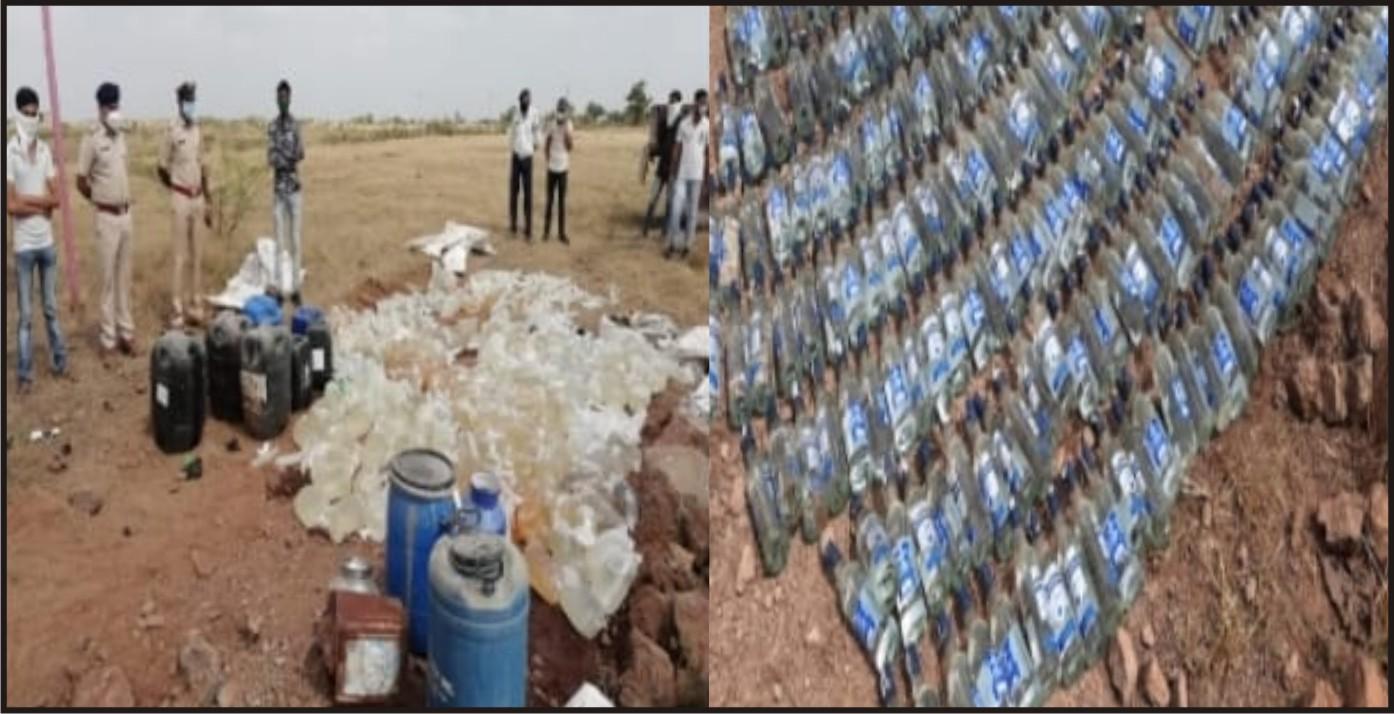 Devbhoomi Bhanwad taluka of Dwarka district and the local police had taken steps to destroy the English liquor and Desidarru seized from the city this year. Approval was sought from the administration under it. On the instructions of District Police Chief Sunil Joshi, which was stamped on it, domestic and foreign liquor was destroyed yesterday in the presence of DYSP Hirendra Chaudhary, District Magistrate, Narcotics Officer. The police seized 20 bottles of English liquor and 12 tins of beer worth Rs. A bulldozer turned over a quantity of 215 liters of desidarru worth Rs. 1,08,600 and Rs. 2,50 caught in 14 crimes in the open field of Rosiwada village. This time CPI G.R. Gadhvi and the police convoy were present.