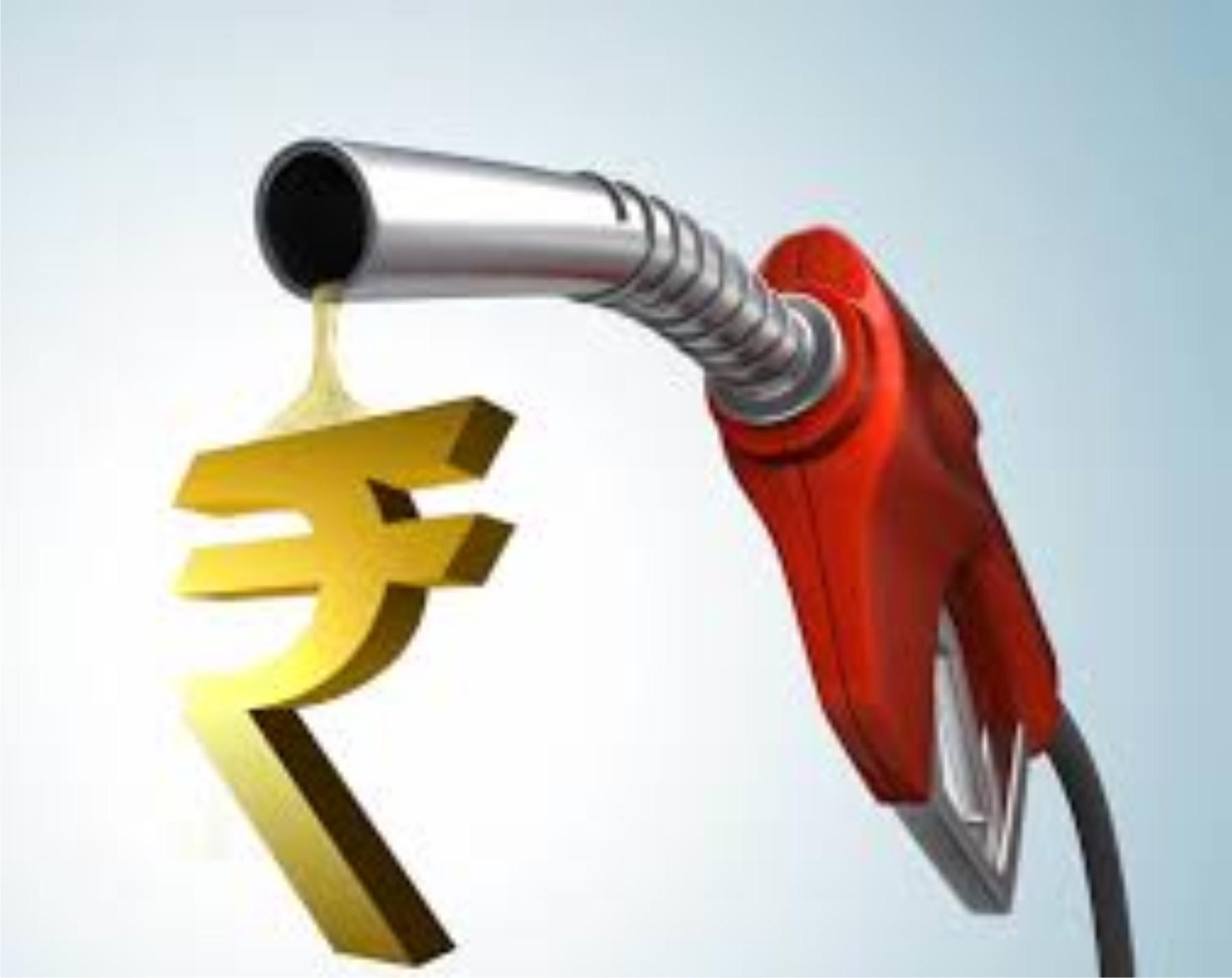 Jamnagar Dt. 30: Petrol-diesel prices reach record highs in India The intricate math of subsidies on petrol-diesel-cooking gas-kerosene is not yet understood by the general public. GST came, but it excluded petroleum products, only expert economists know what the government and private refineries gain or lose from the increase or decrease in excise duty.

The price of crude oil in the international market, the value of the Indian rupee against the US dollar in international currencies, petrol-diesel prices are all associated with these factors.

At present, the price of crude in the international market is much lower than in the past. The state governments have imposed different rates of VAT on petrol and diesel in their respective states, in addition to the increase in excise duty of the central government.

In the midst of all this confusion, the price of petrol-diesel in India has gone up by Rs. There has been a huge increase from 8 to 10. By increasing the price like 50 paisa, one rupee, rupee paisa every day and finally Rs. Prices have gone up by about ten.

With the Corona epidemic, the lockdown, and the jobless population in dire economic straits, the price hike has taken a toll on ants across the country, including the poor, laborers, small business owners, the middle class, and the working class. Is.

The people are being silenced due to such one-sided dictatorial price hike policy of the government. Opposition groups called for a boycott of the assembly and detained protesters. There is a worrying situation in our country where the democratic system of governance is now forbidden to oppose even the most serious problem that is hurting the people. Only the leaders elected by the people do not understand the pain of the people, or the representatives of the people of the ruling party either laugh at the people in the face of their power or are busy applauding the top leaders of the party by locking their mouths in the name of party discipline!

When the price of petrol-diesel-cooking gas went up by as much as 50 paise, the vocal leaders of the present ruling party used to make such a fuss on the streets during the Congress rule ... the way BJP leaders on social media during the 2014 elections His rhetoric on the rupee's aggressive stance against the dollar is reverberating and it is because of such propaganda that the people of the country handed over the helm of the country to the BJP! But now after listening to these speeches, people are comparing the current situation and discussing that it is one thing to be proficient in 'Bhai Saheb' speech, but it is not easy to rule a country with a population of 150 crore by taking care of all matters!

At present, the issue of fee waiver in schools and colleges in Gujarat is taking a serious turn and in the same way, the increase in petrol and diesel prices in Gujarat along with the entire country is also causing public outrage. According to political experts and experts, if the state government assumes, it can give some relief in petrol-diesel prices in the state. The Gujarat government has earned an estimated Rs 1,000 crore in the last fortnight alone. The state government is announcing loans / assistance in various relief packages, when the money or the benefit of the scheme is available ... but now the state government is pocketing crores of rupees every day from the pockets of the people.

If the state government assumes a little relief in petrol-diesel prices and in the field of education by waiving fees in schools and colleges.