Service resolution of Sadbhavna old age home to donate Rs. One lakh to the families of martyrs 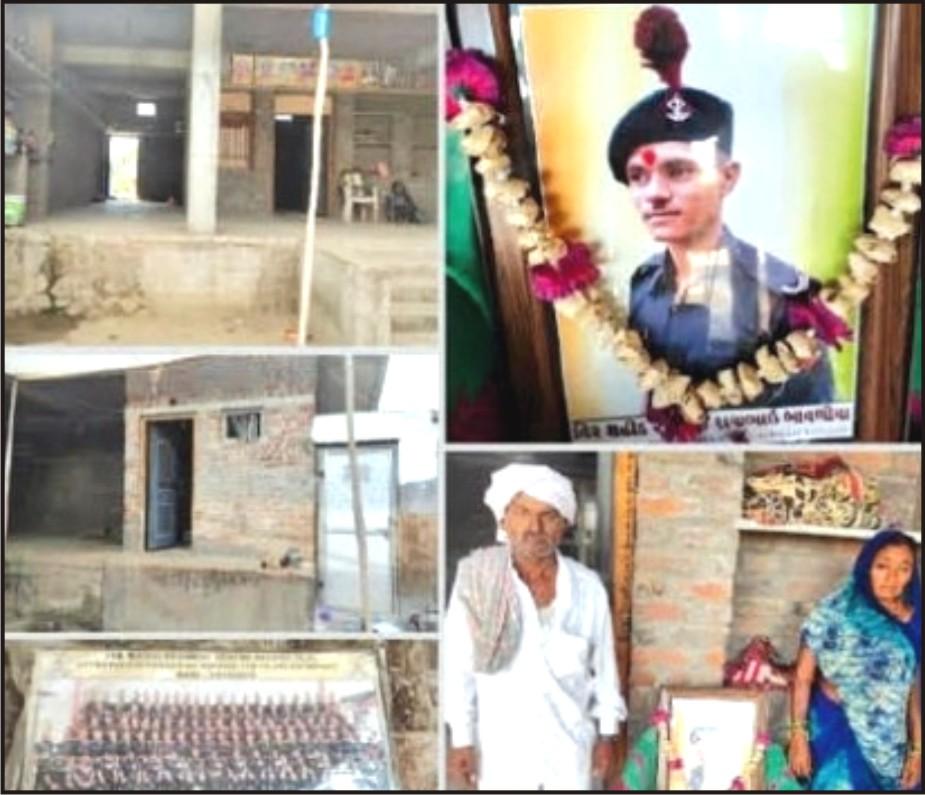 Jamnagar Dt 29: Recently, Raghubhai Bawliya, a native of Chorviraji village, traveled 350 km from Leh. Martyrs were on duty at the distant border. The 21-year-old son of Jambaz, a farm laborer, has set an excellent example of patriotism by sacrificing his life. The family members of the martyr were sent to their hometown by the officials of Sadbhavna Vriddhashram and sent condolences. On this occasion, seeing the difficult economic situation of the martyr's family, the hearts of the appointees were melted.

On the 20th of November, the first monthly death anniversary of Shaheed Raghubhai was given to his family by Sadbhavna Vriddhashram. It has been decided to provide financial assistance of Rs. 10 lakhs with honor. This amount will be given to the family of the martyr as loan acceptance fund. Bhamasha, donors and service-minded people will also be involved in this service through Sadbhavna Vriddhashram and a total of Rs. A fund of Rs 10 lakh will be raised.

Those who are willing to sacrifice as much as possible in this service yajna should contact Vijaybhai Dobriya (Mo. 3000-27), Manojbhai Kalyani, Dhirubhai Kanabar (Mo. 32070) for special information.