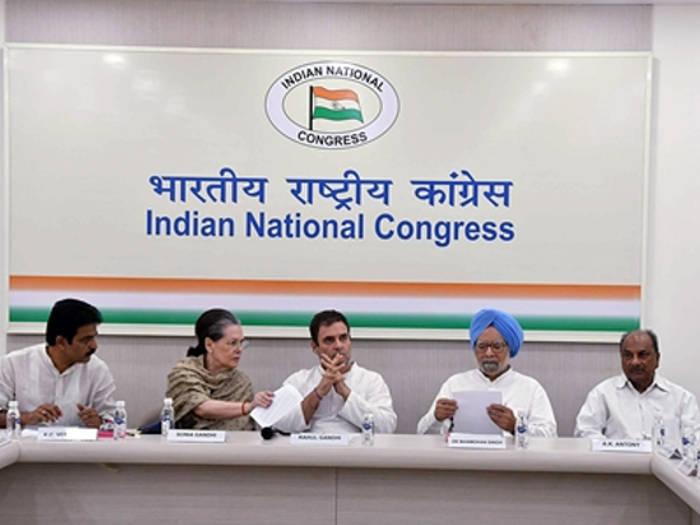 New delhi date.13: A meeting of the opposition has been convened by the Congress on CAA-NRC today, in which a strategy will be formulated to encircle the government on the CAA-NRC issue, although Mamata, Mayawati and Kejriwal are not to join.

Opposition parties have held a meeting on Monday to discuss the protests against the students, citizenship law, NRC and the current political situation in the country, however, after the announcement of the meeting, a crackdown on the grand alliance has come. Bengal Chief Minister Mamata Banerjee, BSP President Mayawati and Delhi Chief Minister Arvind Kejriwal have refused to attend the meeting. Mamata Banerjee announced during the trade union strike last week during a clash between the activists of Wampathi and Trinamool Congress that she would not be involved in the opposition meeting.

"I gave the opposition the idea of ​​meeting," he said. Due to what happened in the state, it is no longer possible for me to be involved in this meeting. The very first movement against the CAA-NRC was the one I started. In the name of the CAA-NRC, what the Bampanthi and Congress are doing cannot be called a movement.

On the other hand, Mayawati recently attacked Sonia Gandhi and Priyanka Gandhi Vadra in connection with the death statistics of children at a Kotani hospital in Rajasthan. He said that if the Congress general secretary does not go to quota to meet the mothers who have lost children, then his visit with the afflicted families in Uttar Pradesh would be considered as political interest and drama.

Congress President Sonia Gandhi on Saturday termed the citizenship law a discriminatory and divisive law, aimed at dividing people on religious grounds. The party demanded immediate withdrawal of the CAA and halt the NPR process.

However, the meeting convened by Congress today will include many parties including the National Congress Party, Dravid Munnetra Kadangam (DMK), Indian Union Muslim League, Left, Rashtriya Janata Dal (RJD), Samajwadi Party (SP). Former Congress president Rahul Gandhi is likely to be involved in a meeting in Parliament Annexe at noon. An important issue in the meeting was the violence at Jawaharlal Nehru University (JNU), Jamia Millia Islamia and Aligarh Muslim University. In this regard, Congress has also formed a fact-finding committee. This committee has submitted its report to the High Command.

The research is getting a seat in opposition considering the protests surrounding citizenship laws and the ongoing violence at different universities. According to sources, today the meeting of like-minded parties will discuss the issues connected with the CAA and a strategy will be formulated to surround the Modi government during the next budget session and outside Parliament. The BSP and Trinamool Congress will not be involved in this meeting.