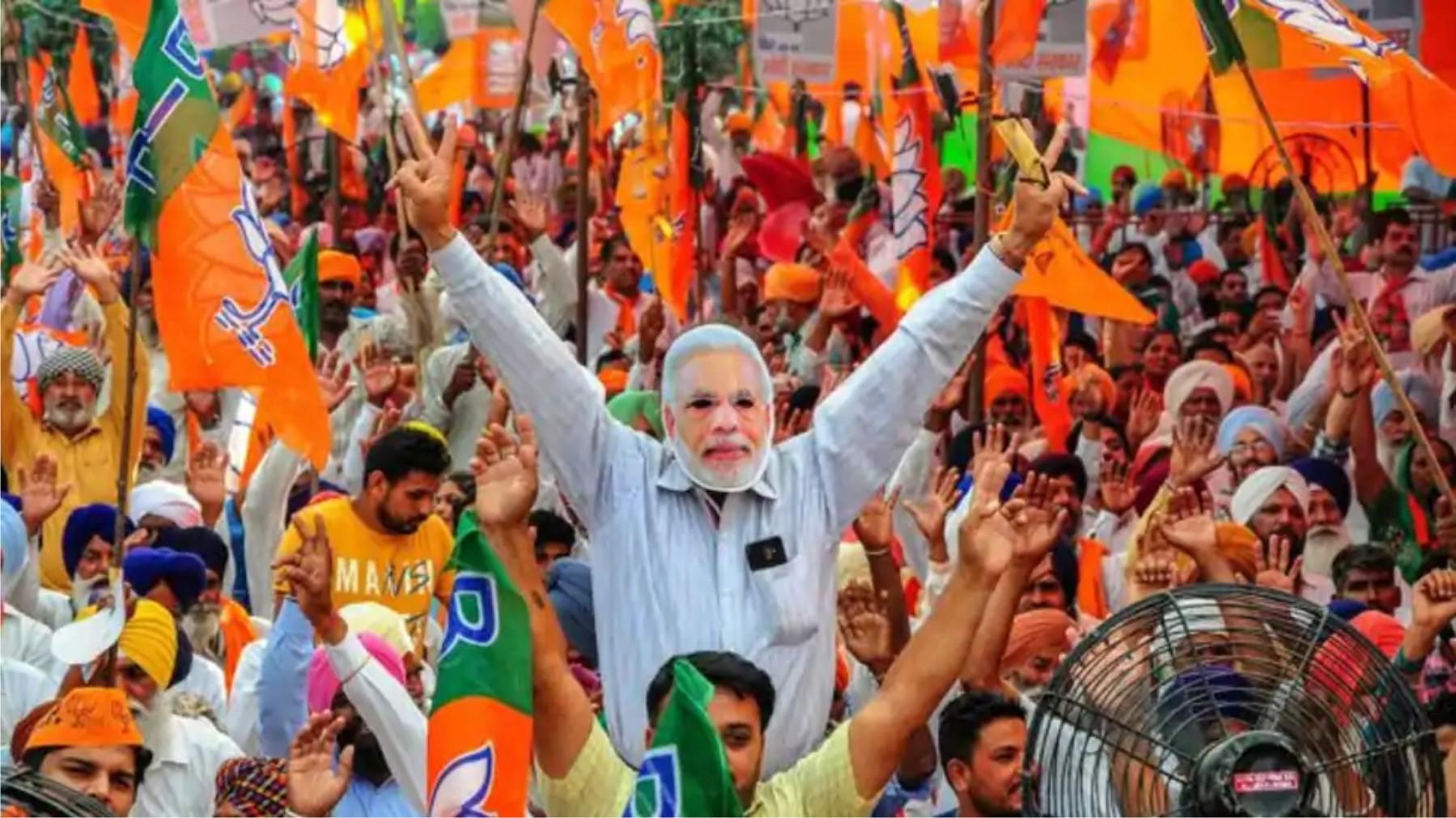 Ahmedabad. Dt 23: The counting of votes started this morning with tight police security and strong arrangements and by the afternoon, seeing the trend and the results of the victory, the BJP seems to be maintaining its dominance in all the six constituencies, although Aam Aadmi Party, BSP, AIMIM and other parties have also registered their presence. The competition has been with the Congress and the BJP.

The counting of votes for the elections of 6 Municipal Corporations of Gujarat is going on. When the counting started in the morning, Congress and AAP were in competition against BJP, but then BJP came out on top. Seeing the trend coming in the afternoon and the results of the victory, the lotus is blossoming again in all the constituencies and the dominance of BJP seems to have remained the same.

The counting of votes is going on from this morning in the election of 55 seats of 6 Municipal Corporations including Jamnagar, Rajkot, Ahmedabad, Surat. The fate of 23 candidates including BJP and Congress will be decided today in the 14.3 EVM machine. Counting arrangements have also changed this time around due to the Corona epidemic. A separate arrangement has been made in the counting center for the counting of postal service ballot papers as the guideline of Covid-12 is being implemented. For the first time due to Corona, candidates and their agents have been given time to enter the counting center to avoid crowds. Melee scenes were witnessed between BJP and Congress workers at the counting center at Gujarat College in Ahmedabad.

Seeing the good results in the metros, BJP will celebrate the victory and CM Rupani is likely to be present in this celebration. A public meeting has also been organized at the Ahmedabad Khanpur office. Region President CR Patil will also be present.

With the lead coming in by noon, it looked like the BJP would win in all the six constituencies. Now the winners are being announced and the results are coming in. The BJP rule is going to be re-established in all the metros.

As per the results coming out at around 1 pm, the BJP has won 30 out of 18 seats in Ahmedabad, the Congress 11 and others two, while the counting of other seats is underway. Out of 6 in Jamnagar, 32 have got results, out of which BJP has got 24, Congress has got 5 and others have got 9 seats.

As of this writing, the counting of votes is underway and the results are slowly coming. The table showing the final picture is published separately.