4,000 firefighters deployed to extinguish California wildfires: 1 lakh to be evacuated 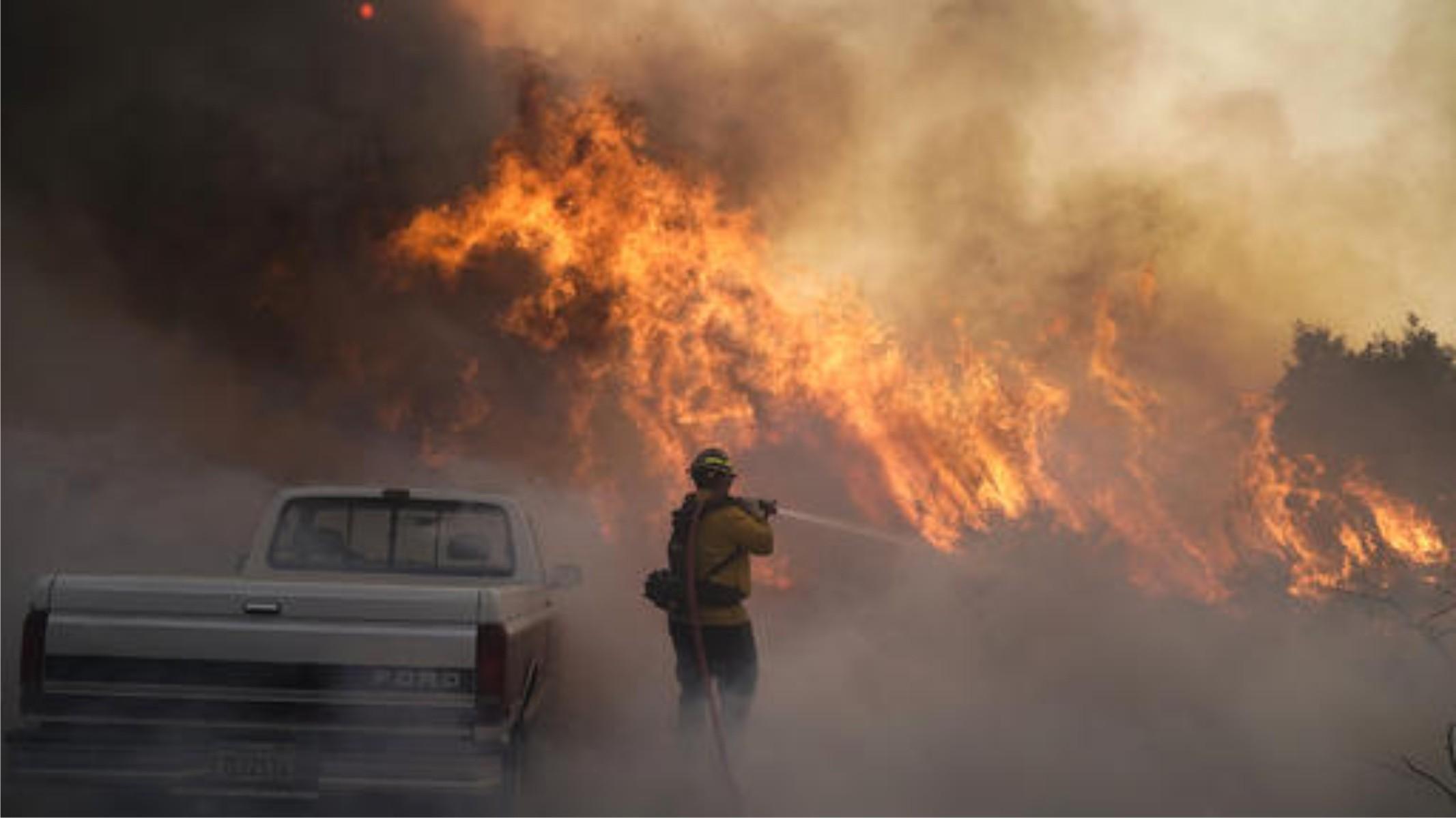 Fire spreads to other places: 6600 acres of forests cleared

Washington Dt 29: In the United States, 4,000 firefighters have been deployed to extinguish the widespread fire in California and 1 lakh people are being evacuated.

The US state of California is in the grip of the worst fire. In a state with a population of about 3 crore, there are huge fires in two places. 4,000 firefighters are on duty to extinguish it. On Tuesday, the fire spread from the forests to the colonies of Orange County. One lakh people have been asked to leave their homes because of this. By Wednesday, 50,000 people had reached safety. Suison Fire President Justin Vincent said 200 acres of forest in Orange County have been destroyed. 30 km here. The wind is blowing at an hourly rate, however, the fire is being extinguished with the help of 200 firefighters and aircraft.

According to Cal Fire, California's fire brigade agency on the Red Alert, 4 million people have been affected by the state's 5 million acres of forest fires so far. Forty-two people have lost their lives. Twenty thousand homes have been cut off in southern California due to strong winds. 1.16 lakh houses can still be cut off. According to the National Meteorological Service (NWS), the wind is blowing at a speed of 30 to 15 kmph. The fire is spreading rapidly towards urban areas and therefore the power supply has been cut off. The power supply company Addis provided this information on its website. A California forest fire also broke out two months ago.