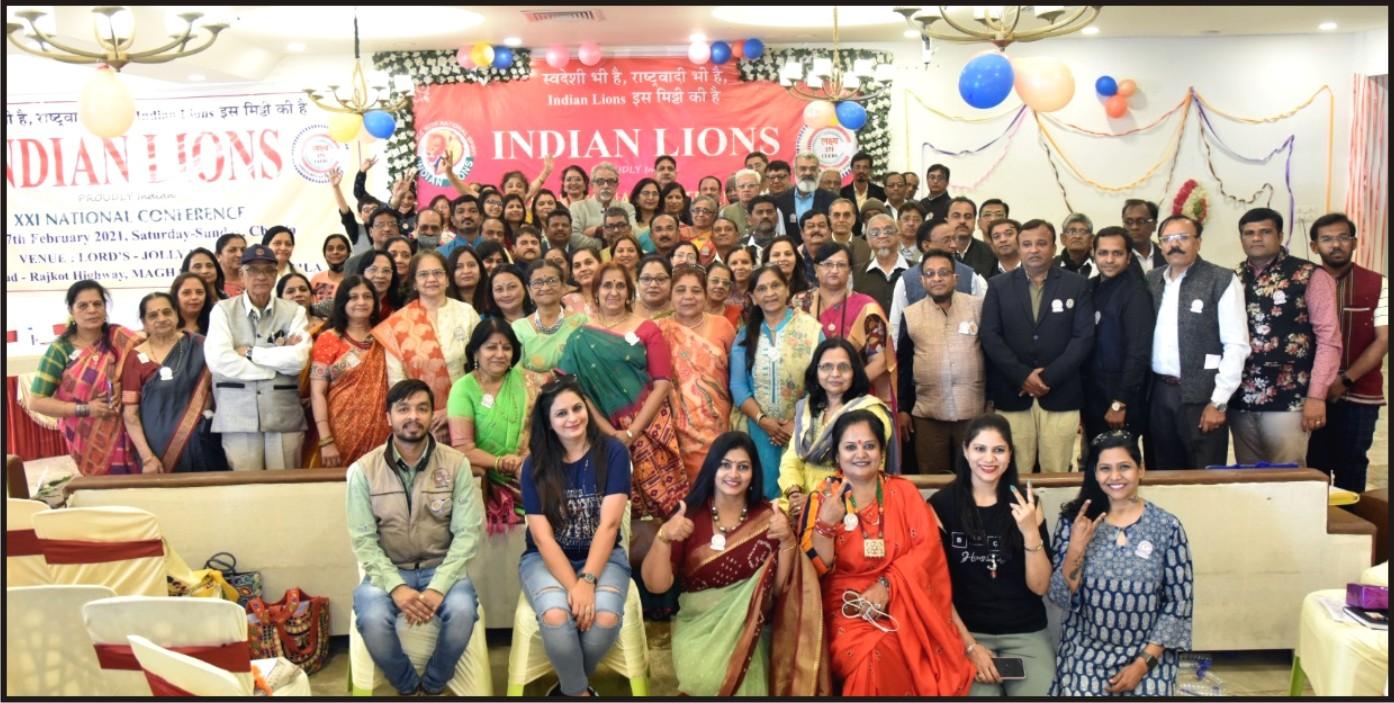 Gandhinagar Dt 23: The 21st National Conference of the Indian Lions was held at Chotila. About 120 guests were welcomed by the club working in Rajkot and Morbi.