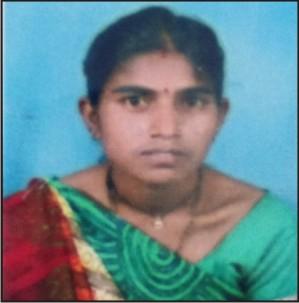 Jamnagar Dt 13: Police have been informed of the disappearance after being told to go for eviction from a koli married house in Dharanagar, Jamnagar.

Bhaitbhai Nanibhai Zinzuwadia, wife of Bharatbhai Zinzuwadia, a resident of Jharanagar-3 in Jamnagar, has reported to his wife that he has not returned to his house after leaving for evading his house. The woman in the photo above is a slim fit, dark and four feet six inches high. They have the 'S' trophy in English on the left hand wrist. If anyone knows of this woman, they should call HBO of City B Division. VP Soda- (contacting Mo.99789 88030).