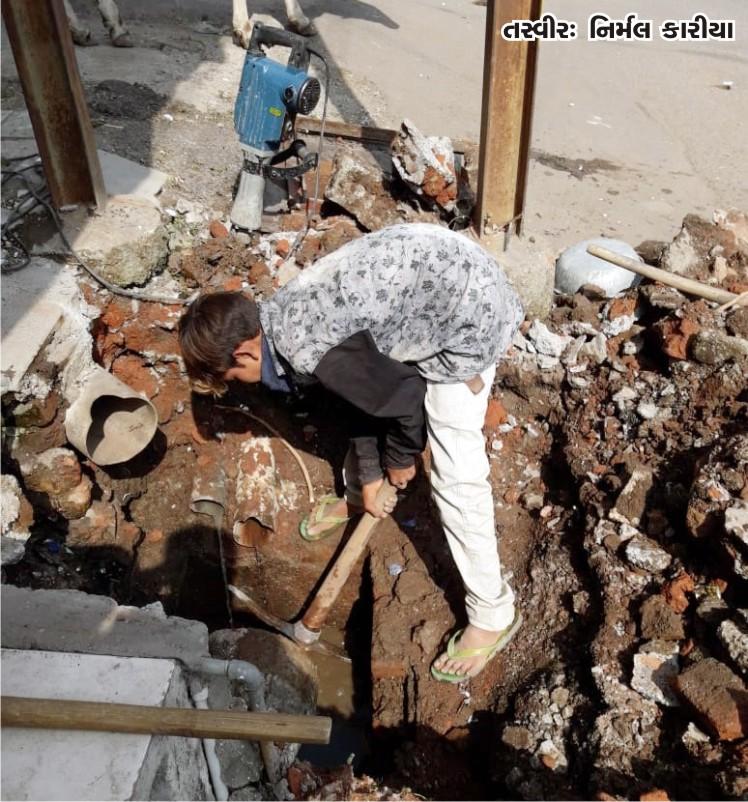 Prime Minister Narendra Modi claims that Nutan has been instrumental in building India. While citizens are hopeful that India's 'future' is bright, it is a bitter reality that there are millions of child laborers in the country today. In Jamnagar, underground sewage works have also been shown to have worked as child labor. In the presented photo, a 12-13 year old tree is seen digging during the operation of the underground sewer. So is the law being violated in government work as well? It is worth mentioning that when the system was recently fined for keeping three units in the city for child labor, who is responsible for the child labor incident in government work? And who will investigate this issue? (Will there be an investigation or not?) And against whom will it be taken? Etc. It is the responsibility of the government to answer questions. There is a lot of publicity of 'development' in the public news, but the people are watching the reality of reality.