Three killed, including a woman, for gold chain in Bhanwad's Ambardi village 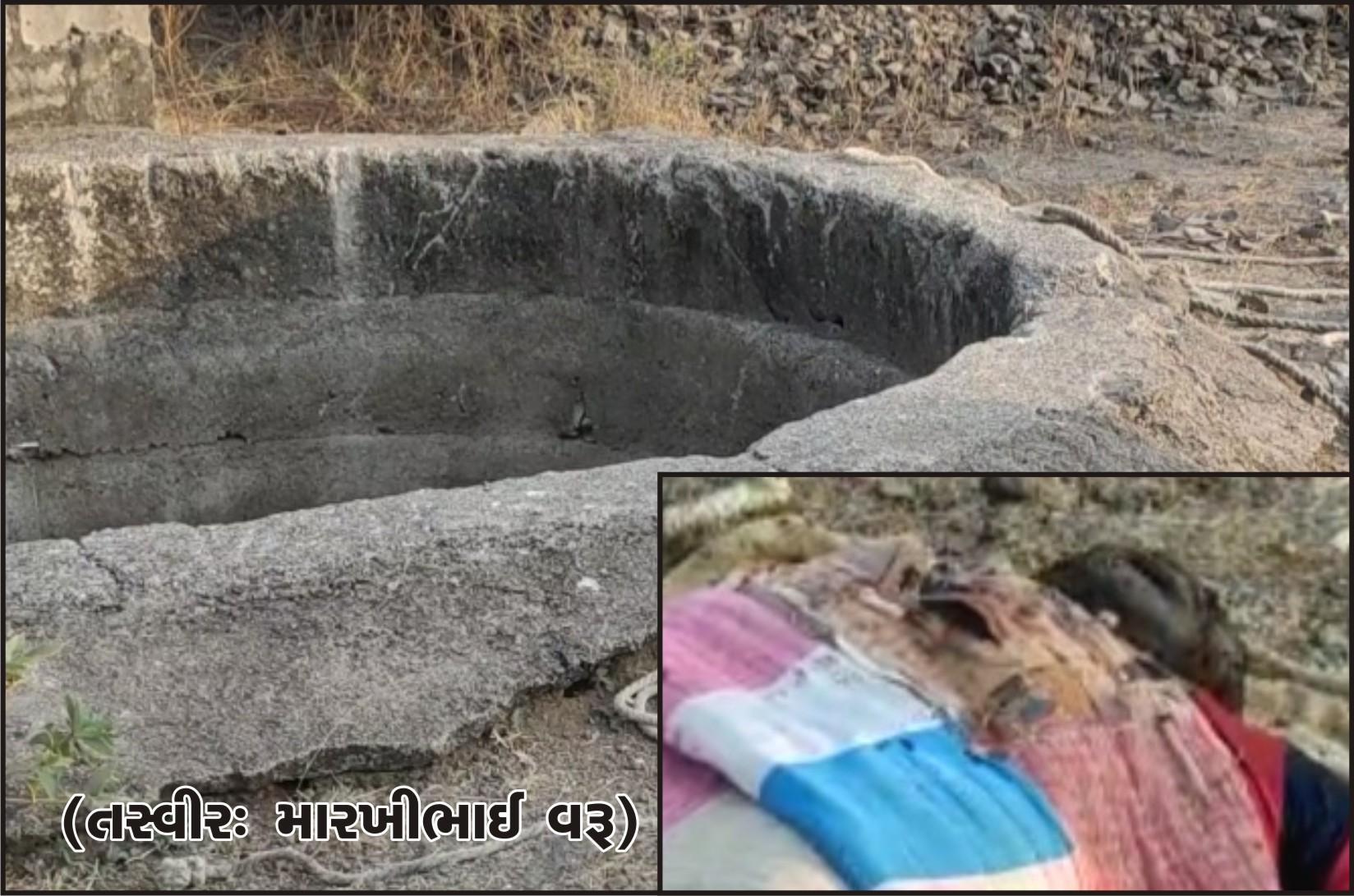 Bhanwad Dt 23: A young man from Bhanwad's Ambardi village went missing under mysterious circumstances on Saturday and his body was found yesterday in a well in Gajabhi Ambardi village. A three-pound gold chain was missing from the deceased's neck and an investigation by the police, which saw a bruise on the neck and a head injury, revealed that the three, including a woman, had killed the young man for the gold chain. Called to meet, the trio killed the young man and tried to destroy the evidence thrown into the well. Police have suppressed the accused's trumpet.

Ranabhai Bhikhabhai Saadiya, a 37-year-old Scheduled Caste youth from Ambardi village in Bhanwad taluka of Devbhoomi Dwarka, left his house at 11 a.m. last Saturday and did not return home till evening.

Meanwhile, Ranabhai's body was found yesterday evening from the Avavarru well near the house of Maheshbhai Mansukhbhai Sadia of Gajabhi Ambardi village in Bhanwad taluka. The staff of Bhanvad police station, who rushed to the spot after informing the police, also gave details to the family, including the deceased's wife.

While the police were shocked to see a bruise on the neck of the deceased and a head injury, Jashubhan told the police that her husband Ranabhai did not even see the chain weighing three tolas of gold around his neck permanently, so the police theory that Ranabhai was killed became stronger. Was and police began an investigation in that direction.

In the counting hours, Bhanwad's PSI J.G. Solanki got to the root of the incident. Their interrogation of various persons revealed details that strengthened the police's suspicion that Ranabhai had been killed. While interrogating Mahesh Mansukhbhai, whose body was found from a well near his house, the police found an important link.

According to the details released before the police, the deceased Ranabhai Saadiya and Shabariben Chimanbhai Saadiya of Gajabhi Ambardi were in the acquaintance in which Mahesh Mansukhbhai was also in the introduction. They saw a thick gold chain around Ranabhai's neck forever. Mahesh, meanwhile, had been in financial trouble for some time. Mahesh was trying to get out of it. Looking for a way to get money in a shortcut, Mahesh saw Ranabhai's chain around his neck and he got the help of Shabriben and his brother Hitesh Mansukhbhai to alleviate his money shortage. Mahesh used different tactics to implement the idea of ​​Satan born in his mind. Unsuccessful, he conspired with Shabariben and the two men plotted to seize Ranabhai's chain and kill him.

Unaware of the intentions of the above three persons, after calling Shabariben to meet Ranabhai, Mahesh, who was already hiding in the house, slapped Ranabhai on the head with a brass bowl. Mahesh, Shabri and Hitesh Mansukhbhai strangled Ranabhai, who had become semi-conscious after a sudden blow, to death. After that, the above persons took Rs. He removed the chain worth Rs 1 lakh 50 thousand and started trying to scavenge the body.

Mahesh and Hitesh tied the limbs of the deceased with a rope so that no one would suspect them. After deciding to remove the body from the spot, they put the body on a motorcycle and drove towards the farm. The evidence was destroyed when the body was dumped in a well on the way and then the two men went home but an intensive police investigation resolved the above discrepancy. The police have registered a case against the three under IPC 406, 4, 120 (b), 501 and 114 on the complaint of Jashuben Ranabhai Saadiya and started searching for the accused. The accused are expected to be in police custody by evening.