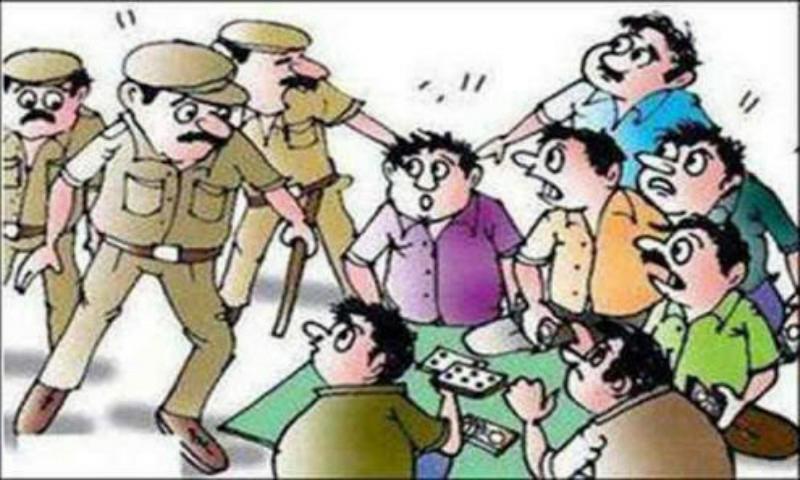 Jamnagar Dt 29: Four men and a woman were caught gambling with marijuana in a flat in Govardhan apartment on Satyamkoloni Road in Jamnagar. Police Rs. Crimes have been registered against 2160 cash seized.

Police seized 4,150 cash and marijuana from the belt and registered offenses against five persons and a sixth woman under sections 4 and 6 of the Gambling Act.